Back to health library main

Too many kids are falling short on sleep 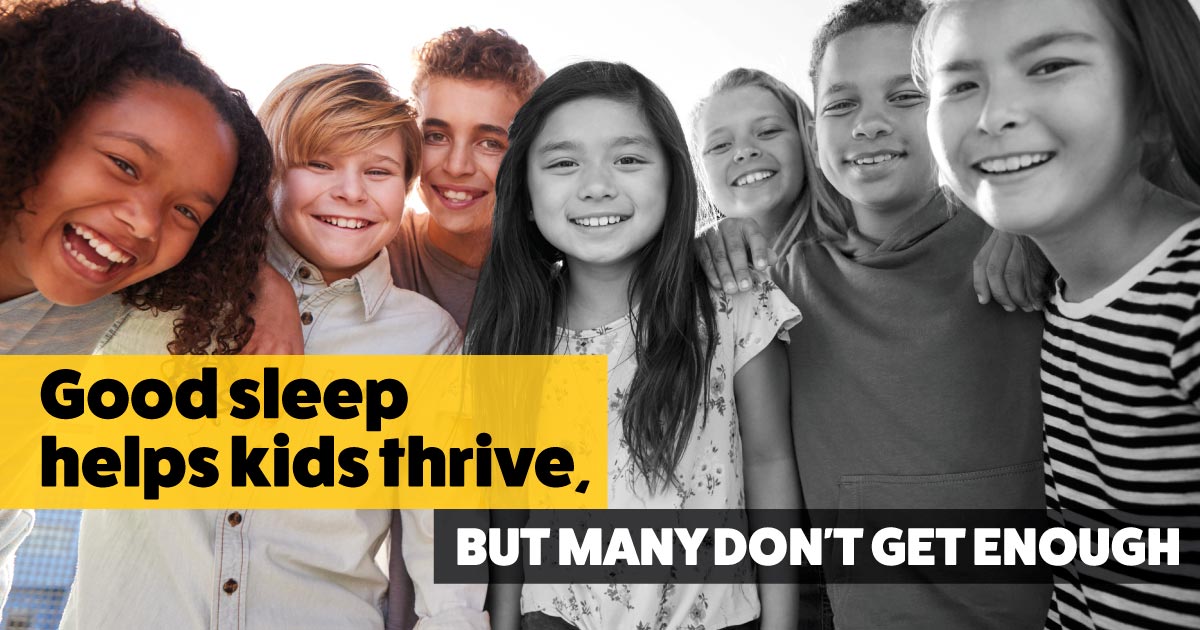 Nov. 14, 2019—Kids who get enough sleep do better in school—and have a lower risk of depression and obesity. That's why it's alarming to hear that less than half of school-aged children in the U.S. are meeting their sleep needs, according to their parents.

The American Academy of Pediatrics (AAP) says grade schoolers need 9 to 12 hours of sleep each night. And teens should get 8 to 10 hours. But research presented at the AAP's annual conference in New Orleans says only 48% of kids are getting nine or more hours of sleep on the average weeknight.

Researchers looked at data from the 2016–2017 National Survey of Children's Health. In that survey, parents and caregivers were asked how many hours a randomly selected child in their household slept on an average weeknight.

The children were then graded on five signs of "childhood flourishing":

Kids who slept at least nine hours most weeknights were more likely to show signs of flourishing. And according to the study's authors, kids who flourish are more likely to have healthier behaviors.

How to support good sleep habits

To encourage kids in the right direction, one of the study's authors suggested parents focus on decreasing time on digital media, improving bedtime routines and advocating for sleep-friendly school start times.